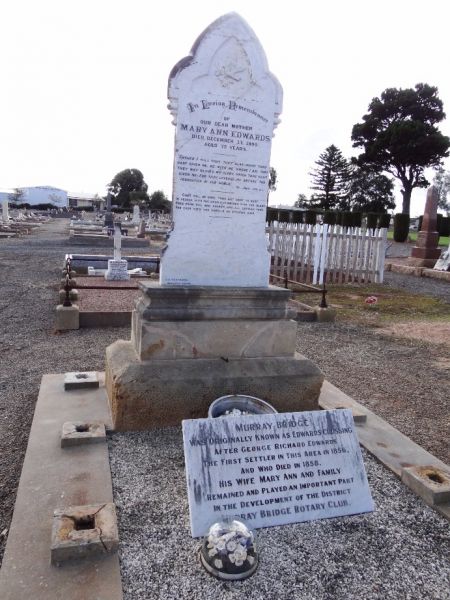 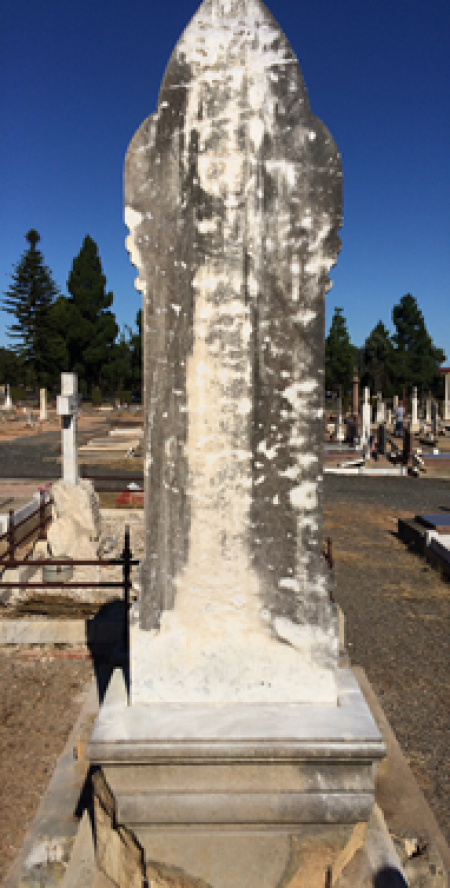 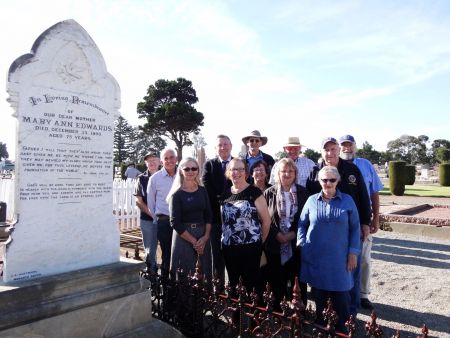 The Mary Ann Edwards Memorial has been restored to its former glory as part of the Small Wins partnership between Council and the community.

Mary Ann Edwards and her husband George were the first European settlers in Murray Bridge and played a large role in the development of the region. Mary’s 126 year old grave was showing normal signs of wear due to age but was extensively damaged by recent extreme weather events and gale force winds.

The Edwards were granted property located near Hume Reserve, just north of the two bridges on 18th May 1855, naming it Coninka. Stock were swum across the river near the Edward’s house on route from Melbourne to Adelaide and the place came to be known as Edwards Crossing.  As more people came to live in the area, the settlement was called Mobilong.

The Edwards had 8 children, seven born in Tenderdon (Woodville, SA) and the last, Harriet born at Coninka, the first European child born in the area. George Edwards died on 17th November 1858, leaving Mary Ann to raise the family and develop the land on her own; with the elder children assisting.

Mary Ann developed Coninka into an eating house commonly known as “The Turnoff”, established so that drovers who crossed at Edward’s Crossing or travellers coming from the Wellington area travelling via Callington to Adelaide could stop off for a meal.

Mary Ann educated her children as well as others who arrived in the area. With no church in the area, Mary also held religious meetings at Coninka, possibly the first Methodist Church meetings in the region.

In 1866 Mary Ann built a new home on higher ground away from the river flooding. And a small free standing pine and pug room was erected close by which was used as a church. This home was demolished when the railway acquired the land and built Mary Ann a new home that still stands today, on Station Parade, now known as Hume Reserve Road.

Mary Ann Edwards died in 1890 aged 74 and was buried in the Adelaide Road Cemetery.

On 15th May 2017, Mary Ann Edwards would have turned 201, so it is fitting we celebrate the completed restoration of her grave site on this day.